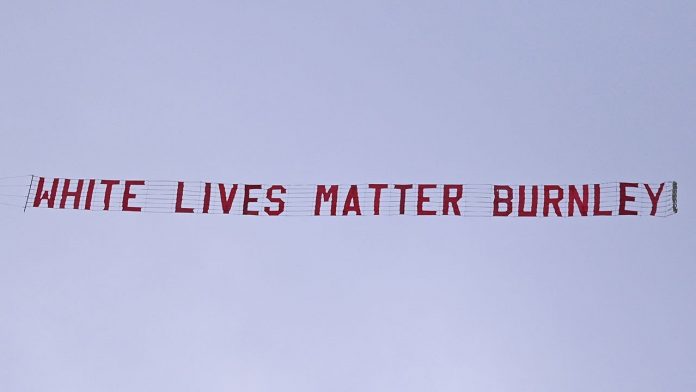 Blackpool Airport have moved swiftly to suspend all banner flights after the message ‘White Lives Matter Burnley’ was towed by an aeroplane over Etihad Stadium during Tuesday night’s Premier League clash between Man City and Burnley.

“We stand against racism of any kind and absolutely do not condone the activity, the message was offensive and the action reprehensible,” said a spokesperson for the airport where the flight had taken off from. “The decision to fly the banner was taken entirely by the banner flying company without the knowledge or approval of the airport or Blackpool Council.

“Due to the nature of the activity, banners are not checked before take-off and the content is at the operator’s discretion.

“Following an emergency review this morning, Blackpool Airport will suspend all banner towing operations at the airport with immediate effect and we would suggest that other airports should also consider this approach in light of what has happened at Blackpool.”