NewsWill he? Won't he? The latest on the Jadon Sancho to Man... 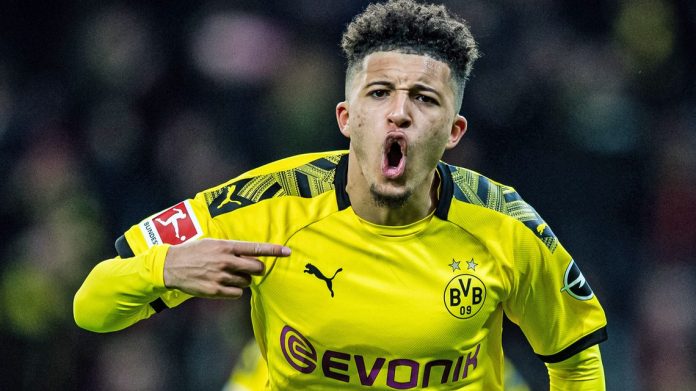 Borussia Dortmund winger Jadon Sancho admits it is “hard to say” where his future lies as the rumour mill nearly explodes under the pressure of multiple stories suggesting a switch to Man Utd is imminent.

United have made the 20-year-old England forward their primary target when the transfer window opens on 27 July. However, with Dortmund slapping a £100m price tag on him and United setting a £50m ceiling negotiations appear to have reached a stalemate.

If Ole Gunnar Solskjaer’s side secure qualification for the Champions League next season then maybe that ceiling will be lifted. If they don’t secure a top-four spot in the Premier League, they could still qualify by winning the Europa League, but the final will not be played until 21 August, so it could be a close call.